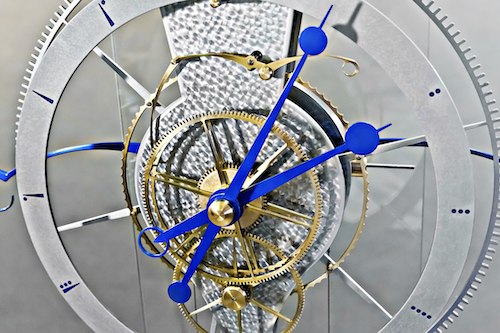 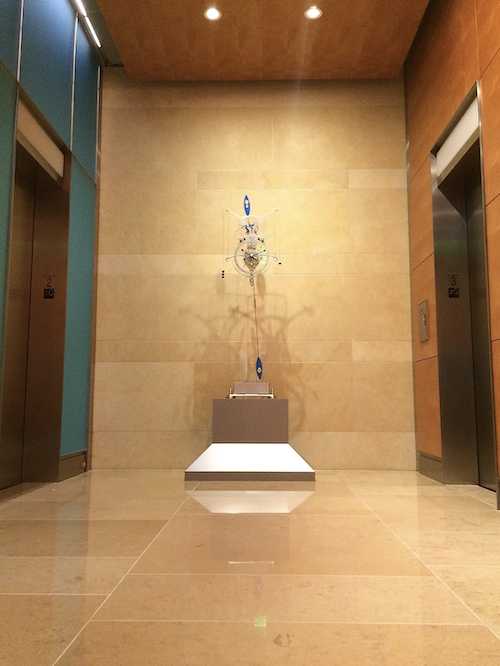 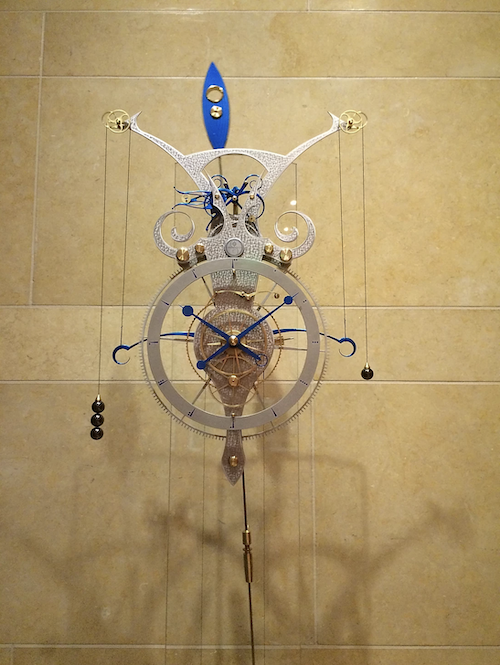 A third-generation clockmaker, Phil began his career at age 14 under his father David Abernethy.  Initially undertaking domestic clock restoration in their company Abernethy & Son based in Toronto, Canada, they later specialized in tower clock restoration and public clock commissions.

Phil pursued the task full time in 2005 and has become known for his creative renditions of the Craft.

“Over many years of experimentation I developed a sculptural approach to my craft, whilst paying homage to its long history.  The reinterpretation of clock mechanics as sculptural works, and open skeletonized format exposes what has traditionally been hidden behind the work of other crafts.”

“I have a particular interest in escapements (the assembly that impulses the pendulum) and have developed several new types based on historic geometries.  Key to the work are the visual and kinetic aspects.  My interest in these devices, combined with a lifelong interest in art, provided ground to explore the potential of clockwork as Art.”      – Phil Abernethy